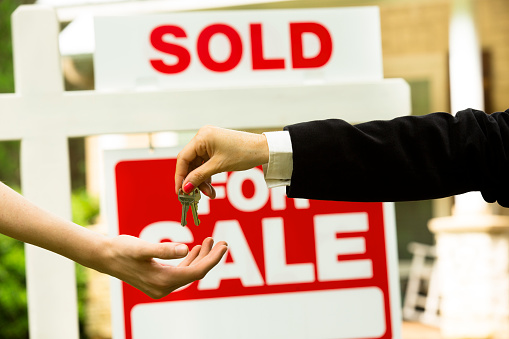 Ever wish that you were the one who sold your real estate in 2006, rented a home for three or four years and purchased property for thirty percent less than you sold it? Of course, we all wish we did, but it’s tough to read the signs that point to reasons you should sell. There was plenty of talk about a real estate bubble in the first few years of the twenty first century, but most of us don’t know what to listen to, and most of us are too busy living to determine the best selling time in our own local markets.

Appreciation Acceleration has Halted: Since 2014, appreciation has been due in part to a high number of investor cash buys into real estate here in the central and south coast of California. Price stability appears to have returned to normalcy after a lengthy investor-led run-up in prices. David Blitzer, chairman of the index committee at S&P Dow Jones Indices, speculated on what would happen to prices after a long period of home prices rising and then moving at a slower pace with each passing month.

Sell Before Interest Rates Hike Up: Big home price gains in 2013 and 2014 came largely due to investors fixing and flipping distressed properties. Most of that activity is now in the past which is another reason you might want to sell now. This year market prices are being driven by traditional factors, such as incomes, supply and mortgage rates. Sellers often find that buyer’s with good interest rates make good offers.

Winter is the Time to Sell: The housing market doesn’t hibernate in the winter. Sellers often find the winter season the most advantageous time to make a move in real estate, according to a study by the real estate brokerage Redfin. Selling before March 30th when inventory is low is one reason you should sell real estate, especially high-end real estate, sooner rather than later. There will be few homes on the market to compete with and you’ll be celebrating and taking your vacation this spring!

Currency Downtrend may be Looming: The global economy is struggling to maintain recovery, though the market looks strong now, many economists are fearful that there may be a downturn later in the year. Nothing is stronger than cash in a depreciating economy. Bob McTeer says that stronger dollar is likely a headwind in a weak economy. That coupled with the anticipation of higher interest rates make this a good time to sell.

Median Selling Prices were Creeping Down: Homes were flying of the market in the first of half of 2017 and in April we hit a high point with the median price of a new listing in Santa Barbara was $1.79MM. By December that had fallen to $1.6ish. Of course now that the demand is high and inventory low, there are buyers chomping at the bit to get in, but there is very little inventory. Another reason to get your home on the market now is that the competition is limited, that means you can ask your price and maybe have multiple bidders.

No crystal balls, but judging by the post crisis real estate ramp up in Santa Rosa, the demand for housing will be high, and that should make 2018 a good time to sell. We often find that following a run up in the stock market, real estate run ups follow. If selling is in cards for you, let me know and I’ll shoot you my 61 Steps to Sell Your Home complete guide to preparing your home for sale, selling yourself and how to negotiate with an agent.