Proposed Tax Changes May Save or Cost Santa Barbarans 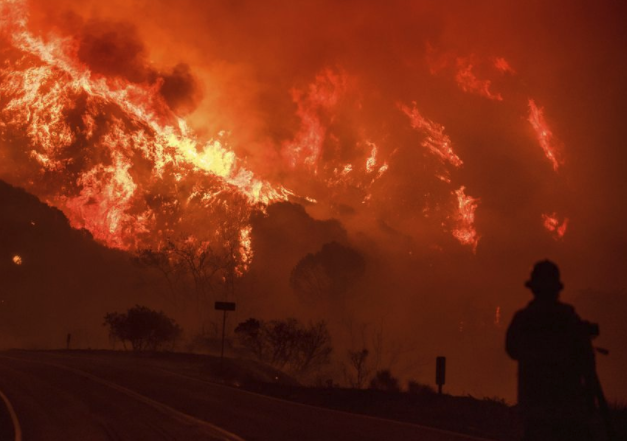 Proposed Tax Changes May Save or Cost Santa Barbarans

While thankfully, the Thomas fireburns out slowly, our counties of Ventura and Santa Barbara will be paying the price for a long time to come. The cost of the fire is destined to move close to $100 Million dollars. There will be much debate in Sacramento and locally we need to examine the ballot initiative to expand Proposition 13. Homeowners in California over the age of 55 will want to sit up and listen as it will enable them to preserve their low tax base and move it anywhere in the state, and even upscale to a higher price.

Taxes aren’t anyone’s favorite, but they are the very source of support for our Firefighter heroes. Santa Barbara is one of the hardest counties in which to fight fire. Rugged hills, huge national forest, tight roads and rangy vegetation mean our firefighters have to be more experienced than most. That requires training, a fair wage and station updating. Santa Barbaran’s and Californian’s alike need to fund our firefighters – and they are supported largely through property taxes.

Voters passed Proposition 13 in 1978 limiting general property taxes to 1% of a property’s market value and restricting increases in assessed value to 2% per year. Those two rules combine to keep California’s effective property tax rate at just 0.81%, compared witha national average of over 1.1% When you compare California’s median household income of $64,500 – 10th best nationally – to property tax bills, you find the burden equals 4.8 percent of the household pay. Some 30+ states pay more property taxes than we do.

Senior homeowners currently enjoy two laws designed to ensure taxes don’t force people from their homes. Currently Proposition 60 and 90 each allow seniors and those who are disabled a one-time transfer of their existing tax assessment. Give that the transfer to a new principal residence is in the same county (or in one of 11 counties that opted to accept “inter-county” transfers – Santa Barbara is not one of them) and as long as the new home value is equal or less than the old one. So why the expansion now? Why does California usurp the vote on what Santa Barbara wants? Now more than ever we need to focus on community needs and keep our firefighters funded in our county.

Under the initiative to expand Prop 13, there would be no limit on how many times, or to where, a senior homeowner could transfer their old tax assessment. And the new home could be more expensive than the old one (currently to transfer an old tax base you need to be within 100% of the home’s sales price). Arguments in favor claim that more seniors would move, freeing up homes and stimulating the economy. But the California State Association of Counties is very concerned that the proposal would reduce revenue and affect social services most adversely as they rely on property taxes and do not receive sales tax revenue.

Allowing seniors to maintain their low tax bill across county lines sounds good, but if some are saving, who’s paying? Santa Barbara firefighters are funded largely by property tax.The toll for the Thomas Fire is over $74 million dollars so far! The Legislative Analyst’s Office concluded that it would decrease property taxes by $300 million in the first year and as much as $2 Billion dollars a year in the long run.

Is this the right time to expand tax cuts for a out of town homeowners to move into our county. These are citizens who have already enjoyed low tax rates for decades and have not been involved with Santa Barbara. Santa Barbara recognizes Prop 60 and 90 within our county; our seniors can move into a new home anywhere in the county and keep their property tax rate from the 1970’s. We Santa Barbarans love, appreciate and ​welcome our transplants. But our firefighters need to live here too and we need every resident’s property taxes to support the cost to fight the Thomas Fire: A toll that is likely to reach well intohundreds of millions of dollars.

This is the first in a series diving into the implications of extending these property tax benefits for seniors. Benefits that could allow new resident’s tax base to remain at their 1975 values. I’d love to hear your comments.

Paige Kaye has been following the housing market and working in Real Estate for two decades, from property management, sales and commercial 1031 exchanges. A Santa Barbara native, mother of two and community advocate, she studied at UC Santa Barbara and earned her undergraduate and master’s degree there.